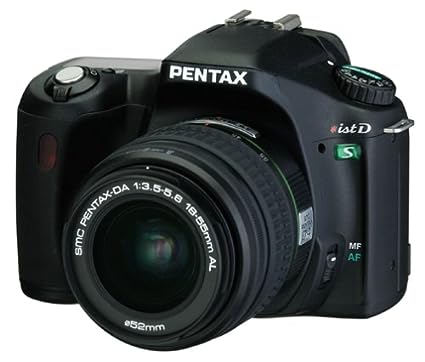 from Amazon for reference purpose)

During recent data housekeeping I came across a memory from July 2005.  Earlier that year I had bought my first ever Digital Single Reflex Camera (DSLR). It was a Pentax  *istDS, a 6 megapixel DSLR as a step up transition rom Pentax SLRs.  As a relatively new digital camera user I refrained from using RAW images.  on 31st July 2005 Susan (at the time a work college)  took a trip on one of the most scenic railway routes in Scotland.  Long before “Harry Potter” and flying Blue Ford Anglias the line from Fort William to Mallaig was famous as the “Fish Line”. Built to facilitate the transfer of the fish from the busy port of Mallaig to all points south.  In its

heyday in the 1960’s Mallaig could bost to be the busiest fishing port in Scotland.  However all that changed in the 1970s. Overfishing led to depleted stocks and a  four year ban on herring fishing was enforced.  The railway line was in constant threat of closure despite the importance of the new tourism industry.  In 1984 the then Scotrail introduced a steam hauled train from Fort William to Mallaig – which continues to this day as “The Jacobite” under private operator West Coast Railway. However, the whole route known as the West Highland Railway covers from Glasgow to Mallaig or Oban.  This was our first outing as a couple and we left Livingston by Car at 6 am a two hour drive to Fort William driving across Rannoch Moor, through Glencoe to Fort William.  If my memory is correct we had not booked a seat on this train, we learnt from that and have since always booked seats.  We were lucky as there was two seats available and we got on.  Mind you we spent most of the time on the outward journey standing the the space between the coaches, with me popping me head out with camera getting pictures of the scenery as we made our way to Mallaig.  My only disappoint was the fact that the engine, ex British Rail, 62005, K1 loco was travelling Tender First.  Still I would get shots on the return of the train crossing the Glenfinnan viaduct loco first. Travelling behind a steam hauled train adds to the adventure  – the scenery is always superb in good weather and travel by normal train is a lot cheaper than by steam hauled, but a lot less romantic.  I took 193 photos on that trip and relied on the camera to produce the results.  As I said at the beginning I rediscovered the images and edited them using Lightroom CC using the skills I have gained in 13 years.  I selected 39 images to make into a small photo video omitting 1 image, that of my companion on that day

– she is now my partner and this is dedicated to her Susan – it was a perfect day to start our adventures together.