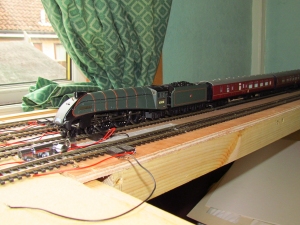 In June 2016 I commenced the saga of building a model railway – the last update was on 30th July 2016 in which I discussed control, then zilch.  The layout was never fully completed and for two years it was run but no further development.  Why this gap?  To be honest I’m not sure – however my memory is that the ballasting of the tracks caused lots of problems in running of the models and eventually required drastic remedial action of lifting the tracks and clearing the ballasting from the baseboard.  During this time I became dissatisfied with the fiddle yard area and wished to expand the layout.   Meantime life carried on.. Susan and I enjoyed our adventures  during 2017 and 2018 with our fellow Intrepid, Sid Morgan as well as taking sea cruises and holiday in Canada.

In november 2018 Susan was advised that her cancer had returned and required further Chemotherapy.  She suggested that it was time I returned to the model railway and expand it.  Plans were drawn up and a budget allocated to the project.  The new design would replace the fiddle yard and an extra 9 ft to make a U style layout.  The revised layout would by 12 ft x 8 ft x 9 ft x 4.5 ft. 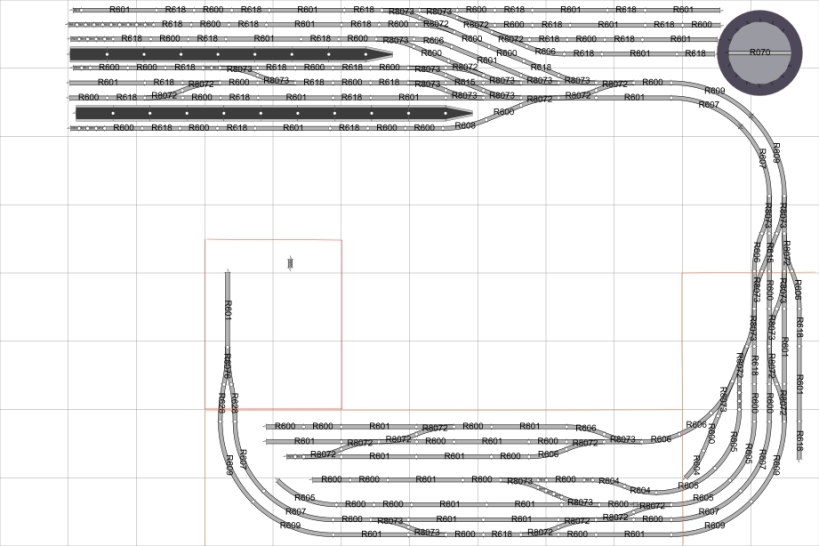 Work commenced on Saturday November the 8th with our good friend Sid supplying the know how to create the new baseboards.  No sooner had we started Susan received a phone call from the cancer unit at Western General Hospital they wanted her admitted straight away as the consultant wanted to drain out the liquid from her abdominal cavity.  So we had to leave Sid to do the work whilst I took Susan into hospital.  When I finally returned home, Sans Susan, Sid had completed the assembly and fitting of the new baseboards.  Work was suspended until Susan returned home on the evening of Saturday 9th November having had her first Chemo treatment.

Among many changes made was the replacement of the terminus station with a better style station, the design of a goods yard and addition of factories.  The video below shows the state of play as at 25th December 2018.